Narrative of the Stand Watie Treaty by Dr. Brad Agnew

Confederate Brigadier General Stand Watie's copy of the treaty he signed on June 23, 1865, ending hostilities between the army of the United States and Rebel forces of the Cherokees, Seminoles, Creeks, and Osages. Watie was the last Confederate general to surrender in the American Civil War.

The treaty was signed on June 23, 1865, by General Stand Watie, representing Cherokees, Seminoles, Creeks, and Osages allied with the Confederate States of America. The Cherokee officer pledged to observe the convention ending hostilities negotiated by Confederate General Kirby Smith on May 26. Union Commissioners Lieutenant Colonel Asa C. Matthews and Adjutant William H Vance guaranteed that Cherokees who had supported the South would be protected from encroachments by whites and Indians loyal to the Union. In reporting the treaty, Matthews informed his superior, I have the honor to state to you that the war between the United States and the Confederate States is at an end.

View official transcript*: The war of the rebellion: a compilation of the official records of the Union and Confederate armies. ; Series 1 - Volume 48 (Part II) 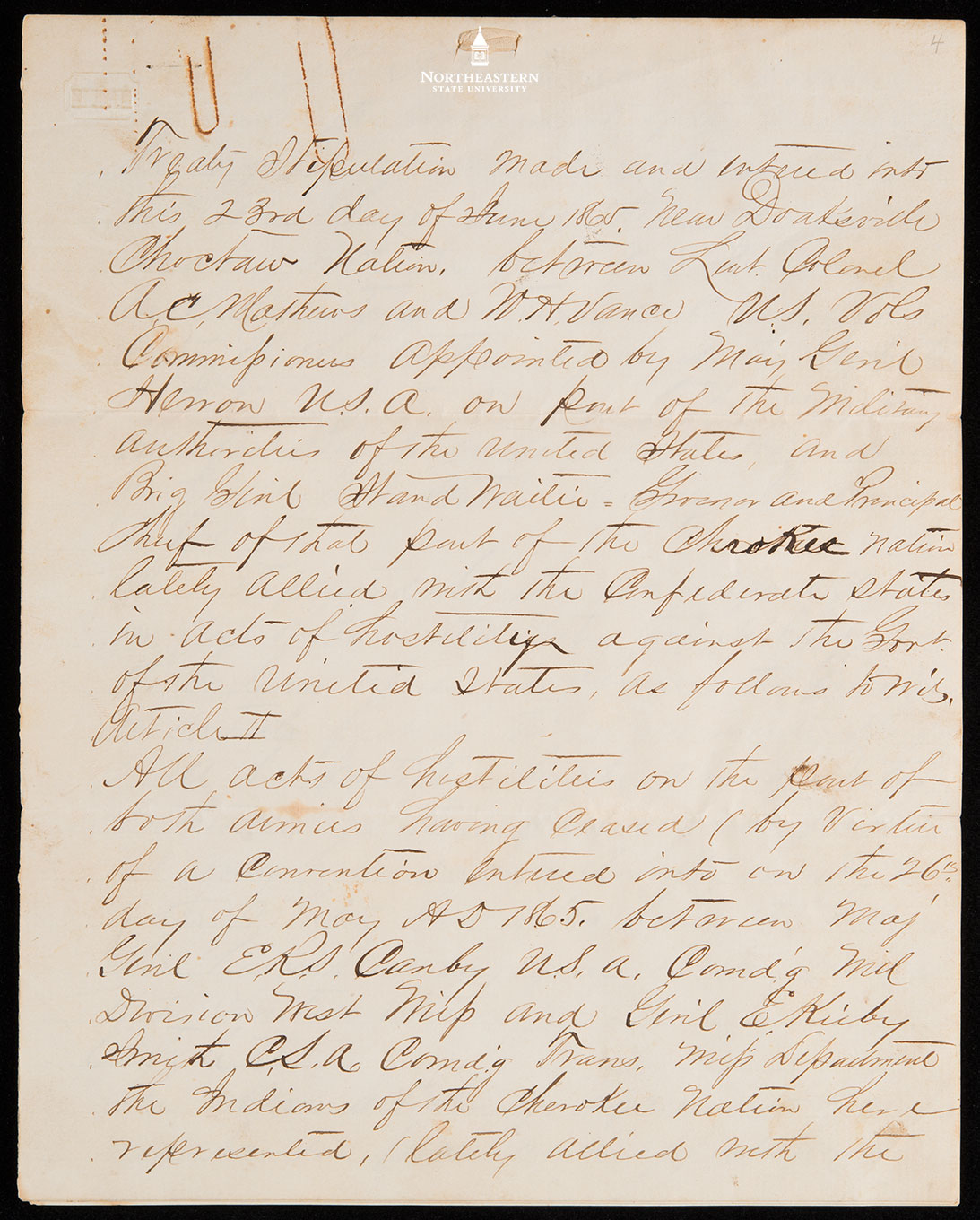 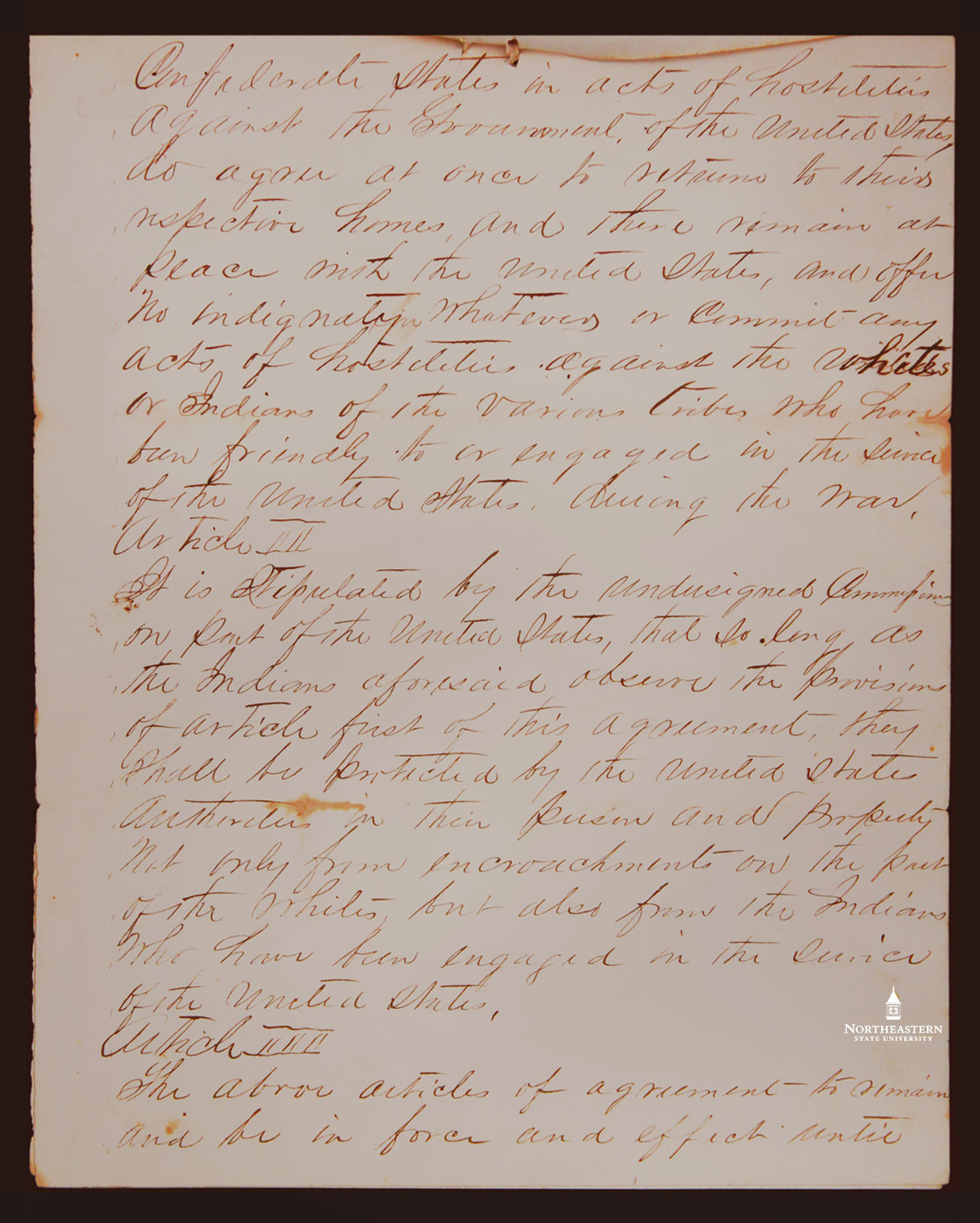 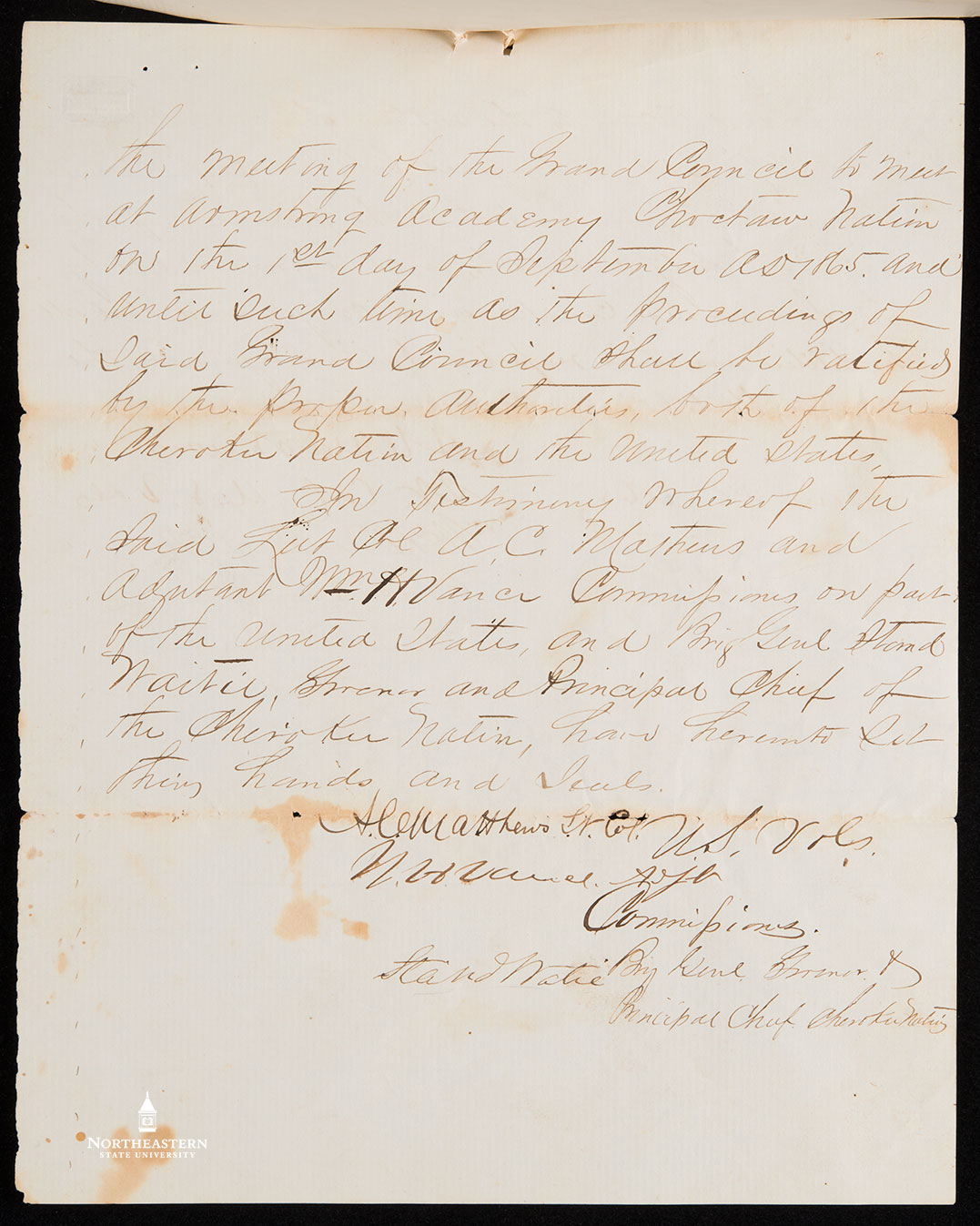 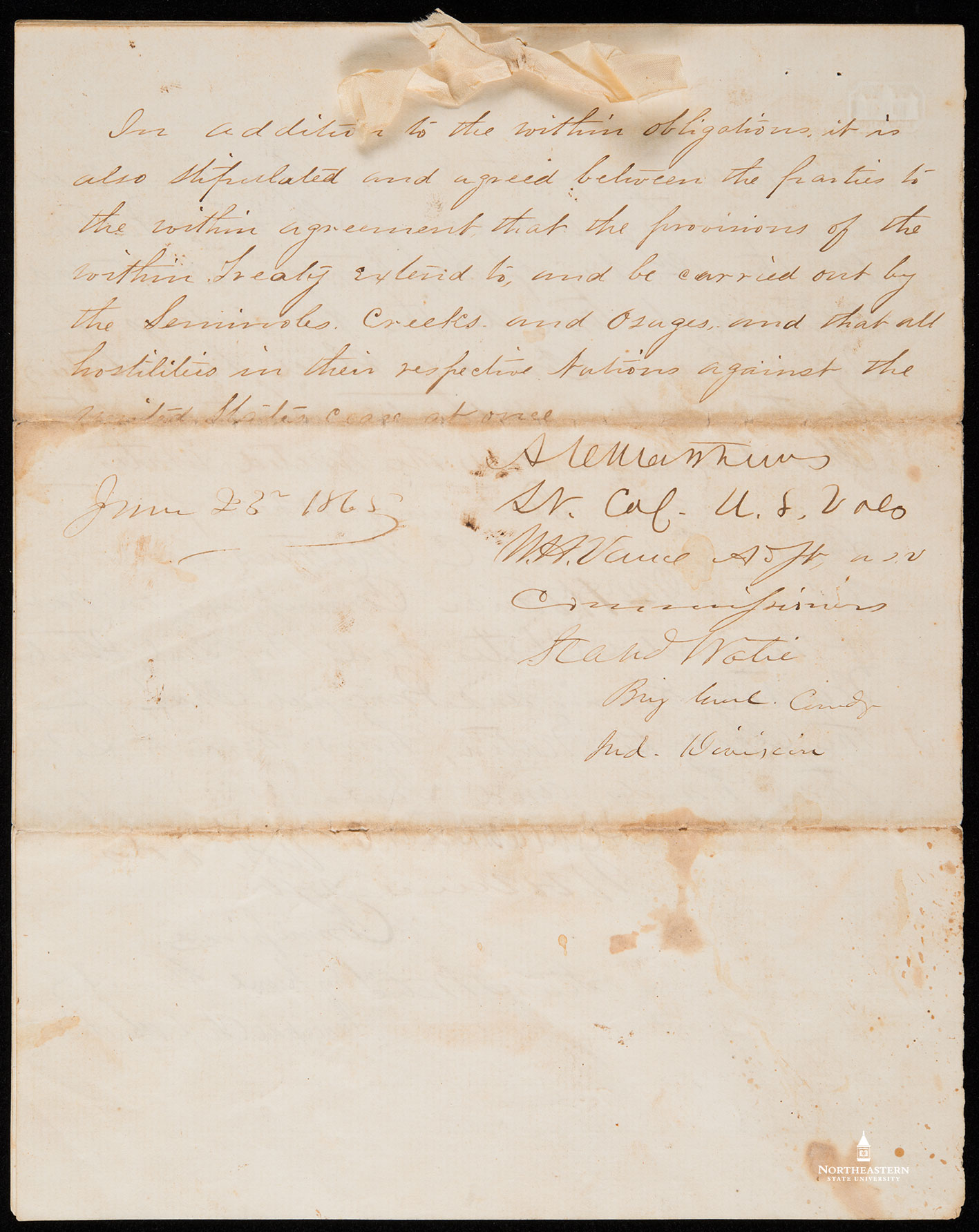