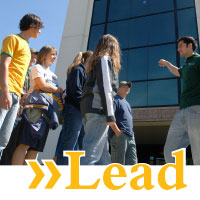 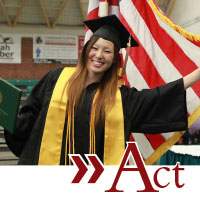 Letter from the President

In 2012, the Oklahoma State Regents of Higher Education joined the Alliance of States for Complete College America, a national movement driven by the Bill and Melinda Gates Foundation, Carnegie Corporation of New York, Ford Foundation, Lumina Foundation for Education, W.K. Kellogg Foundation and USA Funds. Complete College America is a national nonprofit with a single mission work with states to increase significantly the number of Americans with quality career certificates or college degrees and to close attainment gaps for traditionally underrepresented populations.

In August of 2013, NSU publicly accepted a bold and ambitious 10-year challenge of our own making with the creation of NSU Destination 2023. It continues to serve as a guide for our growth as an institution and as a response to Governor Mary Fallin's Complete College America challenge to address the growing demands in the state of Oklahoma for a better-educated citizenry.

Already, NSU Destination 2023 (D23) has significantly improved our region of the state by enhancing opportunities for all persons, regardless of their social status, to access upward mobility and increase their lifetime earnings. Our staff is discovering every day that their personal commitment to every interaction with a student is a vital part of their collective college experience.

As the D23 action plan was under development in 2013, it was done under the assumption that state funding trends for higher education would roughly follow the pattern of the previous 10 years.

Instead, over the last six years, NSU and all Oklahoma higher education institutions have experienced significant funding cuts as state revenues declined sharply.

It is worth noting that, in FY 19, NSU received $9.1 million less in annual base allocations from the State of Oklahoma compared to FY 14.

During the same period, NSU managed to keep tuition increases low while maintaining our high standards of instruction and the student experience. For FY 19 and many years before, NSU has the third most affordable tuition of all universities in the state.

While these budget trends have had a pronounced chilling effect on the growth of college graduates in our state, our execution of the D23 game plan has created renewed interest and effort in many areas of our operation that are crucial to student success during their studies and beyond.